From Spatial Manager Wiki
Jump to navigation Jump to search

Spatial Manager Desktop™ includes a set of advanced tools designed for geometric and spatial analysis of geographic features and their geometric relationships, resulting in new features generated from the resolution of such analysis 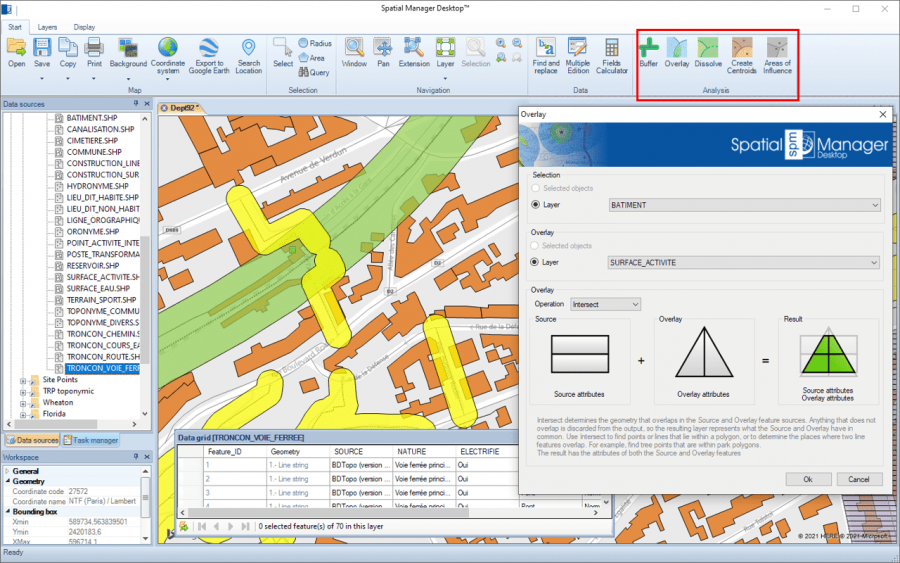 Performing GIS Analysis in the map

The Buffer function in Spatial Manager Desktop™ allows you to generate in a new layer Buffered polygons around point features, linear features or polygon boundaries. Buffer distance can be constant or taken from the value of a table field for each feature, it is possible to merge the generated features in their common areas and different styles of joins and endings can be chosen 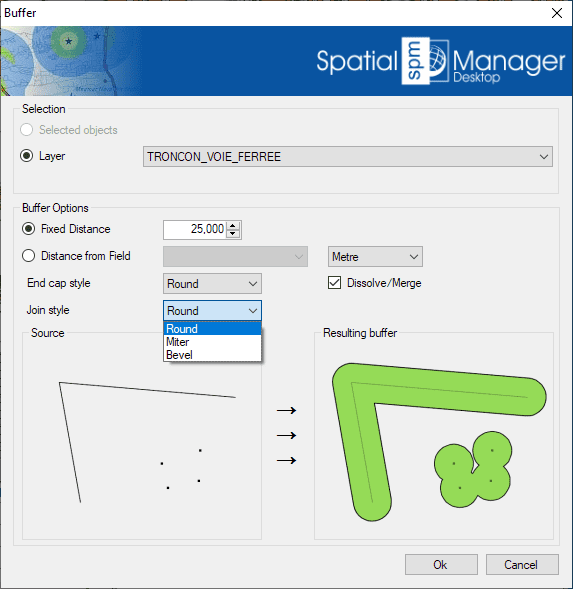 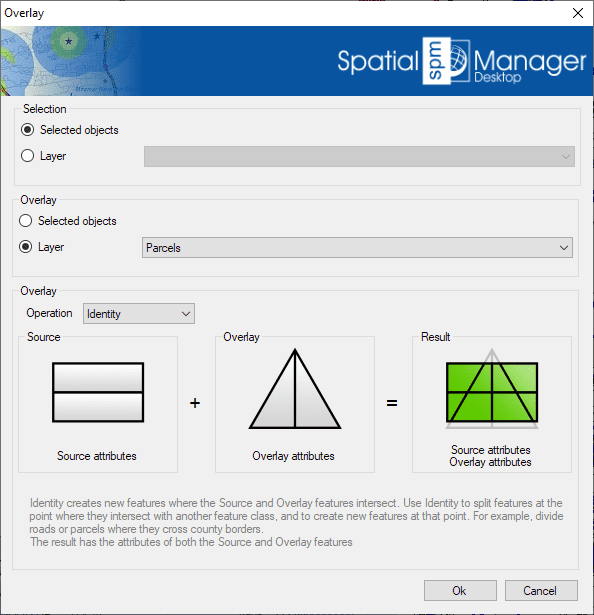 This function allows you to generate new features in a new layer of the map by performing "geometric operations" between two groups of existing features: "Selection" (Group 1) and "Overlay" (Group 2). For example, according to the chosen parameters in this image, for all selected features (Roads, etc.) that are located within any Parcel, the Overlay Identity function will create new features which will are equal to the Selection features "broken" in the Parcel limits 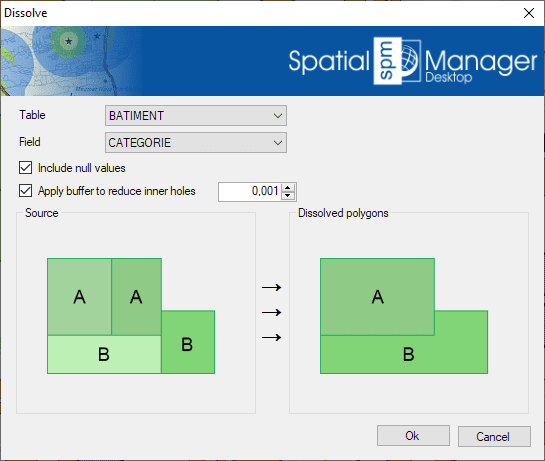 You can select the common Table/Field data for dissolving the polygons (even including null data). To reduce possible precision errors in the geometry, you can check the option to generate a temporary small buffer around the polygon boundaries in order to avoid as much as possible the generation of inner holes during the operation

The Centroids function in Spatial Manager Desktop™ allows you to generate in a new map layer the Centroids (Point features) for the selected polygons. The polygons data (if any) will be attached also to the Centroid features 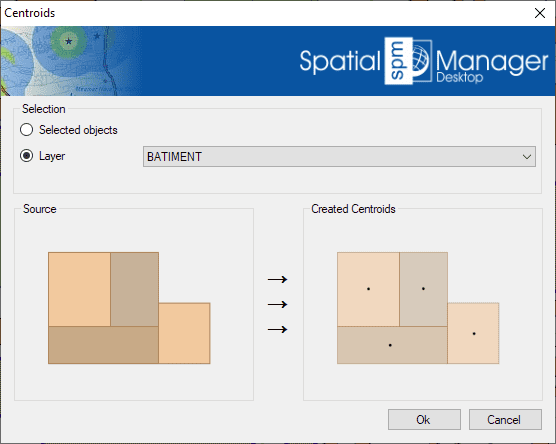 The Areas of Influence function in Spatial Manager Desktop™ allows you to generate in a new map layer Polygons defined by the set of points closest to each point of a selection of Points in the map (Voronoi diagram). Each Polygon generated will adopt the same data (if any) as the corresponding Point. For example, would serve to determine which nearby areas are covered by each pharmacy in a municipality, and similar scenarios 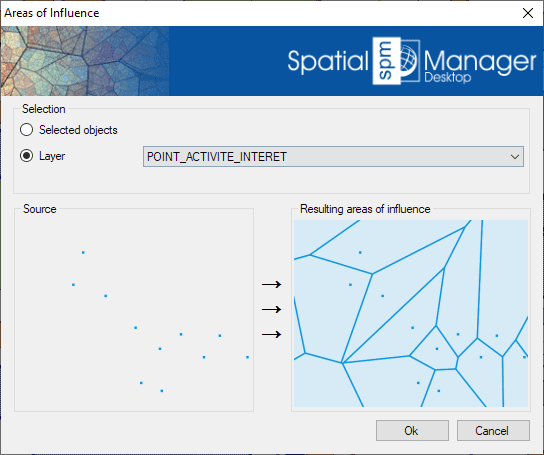