What are Spatial queries? ("Standard" and "Professional" editions only)

Spatial queries are geometric operations that Spatial Manager Desktop™ can perform to help you locate Features that interfere with other Features under certain conditions. For example, as you can see in the next picture, to locate which points of a Layer are found within the polygons of another Layer 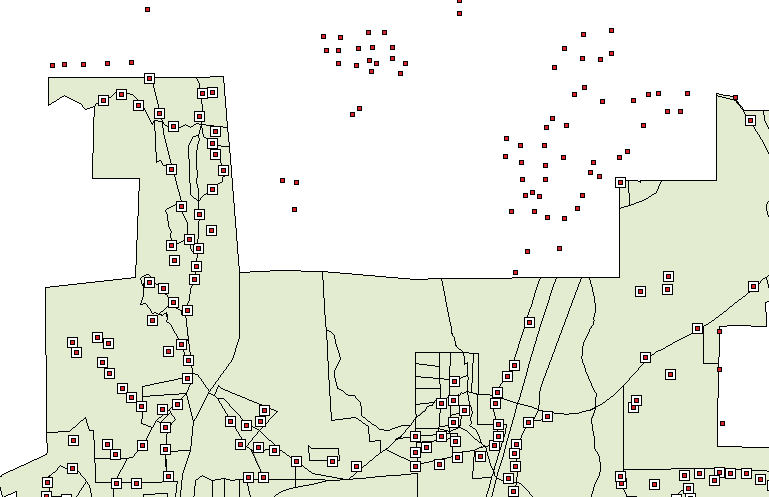 How can I define a Spatial query? ("Standard" and "Professional" editions only)

To define a Spatial query in Spatial Manager Desktop™, you need to define the base of the query first, by selecting the Features to operate, next you must select the "Spatial query" function, and then you choose a Layer to query and the type of operation to perform. When you select the Features to operate, you can select a full Layer if you want to perform an interference operation between two full Layers. In addition, the selection resulting from the operation can be added to the features already selected 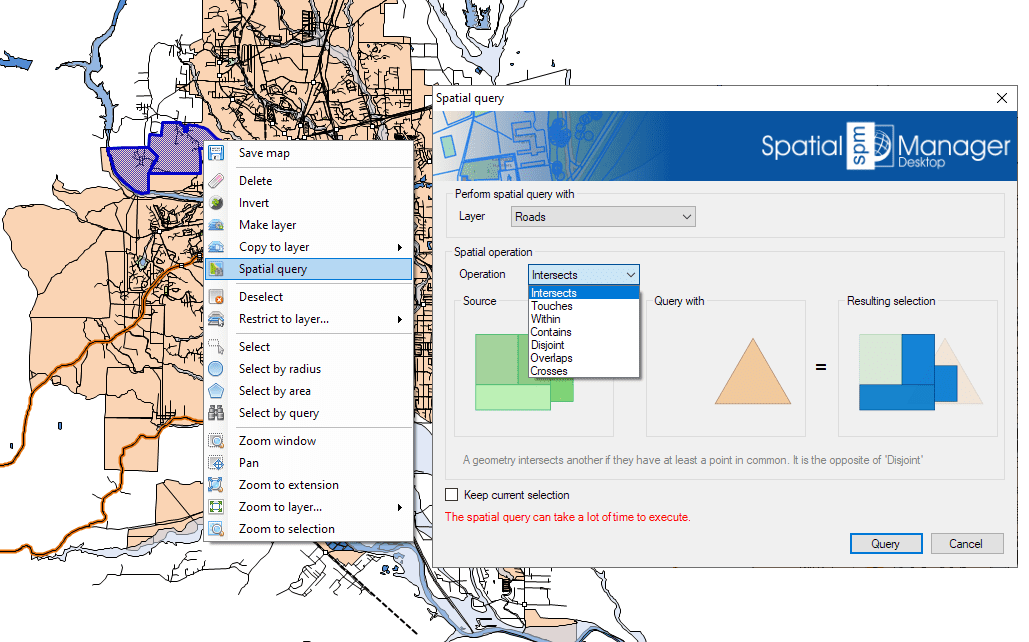 Which are the types of operations for Spatial queries? ("Standard" and "Professional" editions only)

The list of operations that Spatial Manager Desktop™ can perform using Spatial queries is the following: